What is Subsea Pile Cleaning? 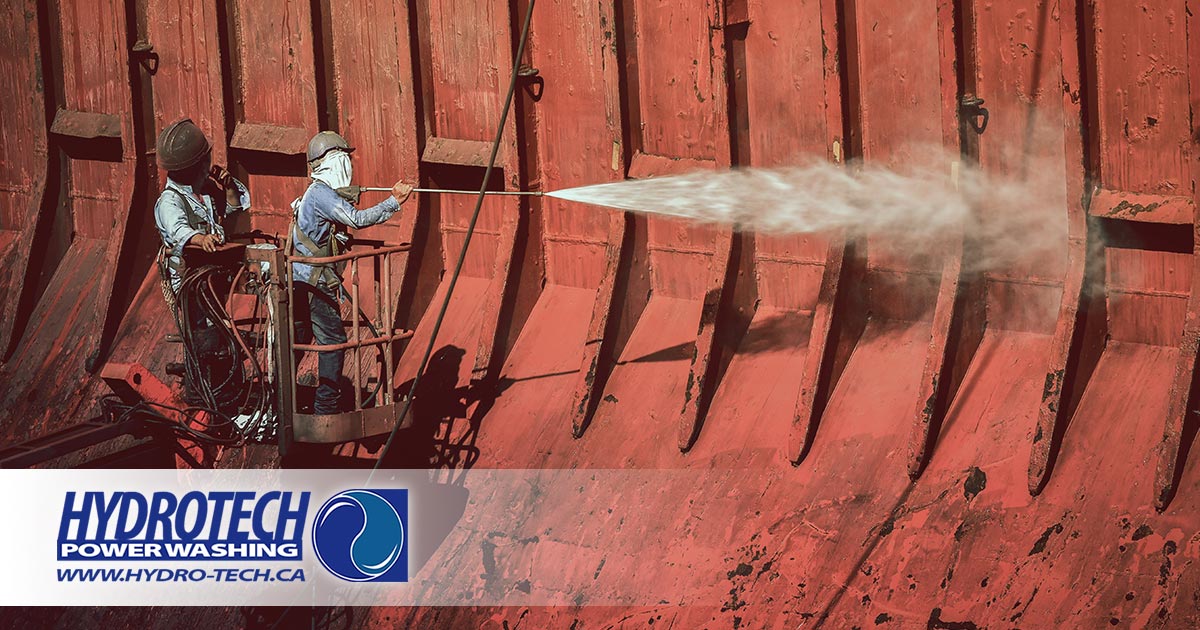 Subsea pile cleaning is often referred to as antifouling or underwater cleaning, and it involves a number of processes that are designed to remove biological growth of organisms on surfaces which have been exposed to water, or which are routinely immersed in water. Once that biological growth has been removed, some preventive coatings can be applied to discourage any further attachment of microorganisms or of larger organisms which might cause significant degradation to your buildings, boats, or other structures. That can enable your valuable assets to have longer lifespans and to perform much better during their useful lives.

Subsea pile cleaning, or antifouling as it is sometimes referred to, is the process of removing or preventing biofouling by a number of organisms on surfaces that are either frequently wet or are entirely beneath the surface of a body of water. It can involve a removal process as well as a coating process which prevents the continued buildup of such organisms, and the harmful impacts they can bring about.

Almost anywhere that water is present, bio-fouling can take place as well, thus causing a risk to a number of surfaces and devices, as well as to whole industries like underwater construction, food processing, paper manufacturing, and desalination plants. On marine vessels, the buildup of bio-fouling can present a real danger as well, causing significant damage or hindrance to propulsion systems, as well as to the structure of the hull.

When biofouling agents are allowed to accumulate on a hull, it can increase the vessel’s hydrodynamic volume as well as the level of friction applied to the vessel, and that can cause an increased drag of 60% or more. This in turn, leads to a decrease in vessel speed, and that may require an extra 40% increase in the amount of fuel which is used as compensation for the drag on the vessel.

Considering the fact that fuel costs are constantly rising and that they are a major expense in marine transport operations, antiparasitic techniques typically save the shipping industry in the neighborhood of $60 billion every year. Because of the increased fuel usage caused by bio-fouling, an increased level of carbon dioxide emissions has reached a point of being higher by somewhere between 38% and 72%. 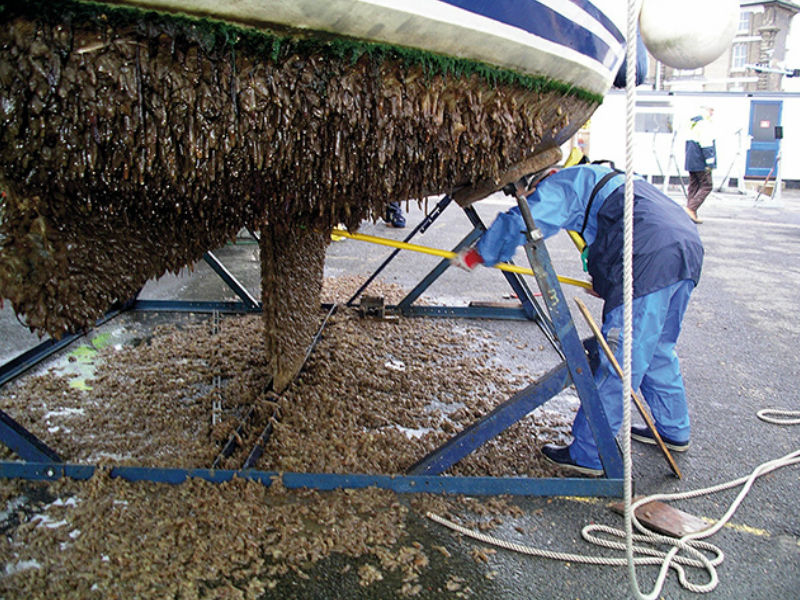 What are the Common Methods?

Some of the most popular methods of antifouling include the usage of biocides, non-toxic coatings, energy methods, and mussel-adhesive proteins. Biocides are chemical substances that have the ability to deter many of those microorganisms which are typically associated with bio-fouling. These chemical substances are mixed into some kind of antiparasitic surface coating, and the biocides will then target the microorganisms which create a biofilm, usually a surface which can easily be attached to by larger bodies.

Most often these biofilm creators are bacteria, and once they’ve been killed off by the biocides, they can no longer spread and simply detach from a given surface. Some biocides are also toxic to larger bio-fouling agents such as algae and fungi. One of the most popular biocides is the antiparasitic agent known as tributyltin moiety.

Some of the non-toxic anti-sticking coatings have the ability to prevent microorganisms from attaching themselves to surfaces, and since these kinds of coatings are generally organic polymers, it’s also possible to add in anti-microbial substances to prevent the development of biofouling agents. One of the two main types of non-toxic coatings currently in use are floral polymers and silicone coatings which rely on low-friction and low-surface energies to prevent the attachment of larger microorganisms.

The second type of non-toxic coating enjoying widespread usage today is hydrophilic coatings, and these rely on elevated levels of hydration in order to make it very difficult for microorganisms to attach themselves to desired surfaces. Mussel-adhesive proteins are one of the most commonly used antiparasitic agents, and they work by causing the growth of polymer chains on a surface which discourage microorganism attachment.

The only downside to using this approach to antifouling is that this kind of coating may lose its effectiveness when exposed to the air, and it is far more effective in fully submerged conditions. The energy methods used for antifouling include pulsed laser irradiation, which is very effective against bodies such as zebra mussels, and either stuns or kills them through high-voltage electricity.

Some kinds of specialized paints can be used for antifouling, if they are equipped with ultrasonic transducers which would be mounted on the hull of a vessel which is painted. This kind of system can reduce fouling by issuing ultrasonic wave bursts through the hull into the surrounding water, thus killing algae and other microorganisms which might start the biofouling process. One other effective method which makes use of energy is high energy acoustic pulses, which can be introduced into the environment for the purpose of killing off micro-organisms which might attach themselves to the surface of some desirable structure. 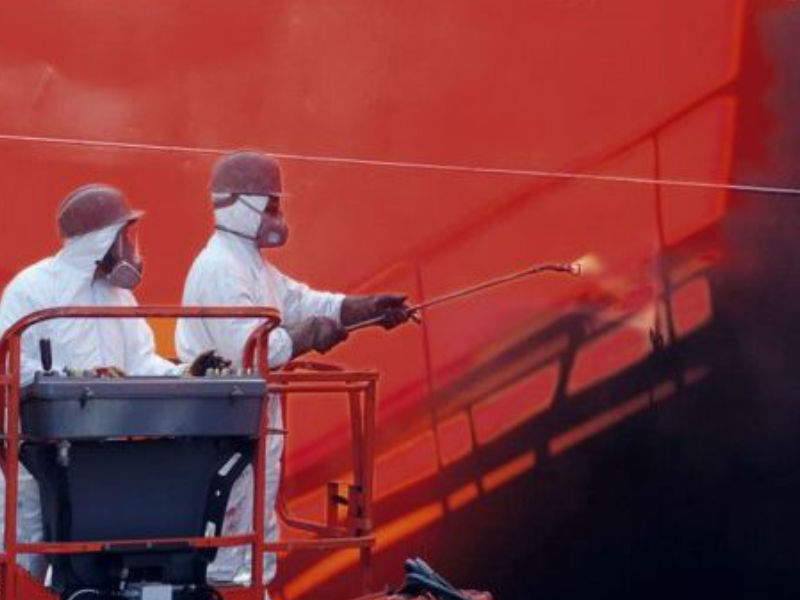 There is little or no danger whatsoever involved with the various antiparasitic methods used to discourage bio-fouling agents such as micro-organisms and larger organisms. Of course, there is considerable danger to those bodies which are being discouraged from attaching themselves to desirable surfaces, in many cases involving killing off these undesirable bodies.

Since some antifouling methods merely discourage the attachment of such organisms to surfaces, these are far less dangerous to the organisms and merely force them to go elsewhere. However, for algae, fungi, and other types of biological organisms that might potentially attach themselves to boats or other structures, antiparasitic methods in some cases will kill them off.

At Hydro Tech, we are frequently called upon to perform antifouling procedures to remove unwanted biological growth on a number of different surfaces. That means we have become experts at implementing antiparasitic procedures to quickly rid your surface structures of all biological growth which has accumulated there, thus freeing up your buildings and other structures from potential damage and degradation. Our services are extensive, beginning with full inspections to determine the course needed, and allowing for the use of bespoke engineering as well as remotely operated tooling to safely remove old and corroded coatings, as well as marine growth. We make use of Ultra-High-Pressure Water Jetting to ensure materials are safely cleaned and decommissioned. We can also offer composite repairs in the event that these are needed as well.

We employ engineering and technology pioneers who use a unique blend of engineering expertise, skills, and experience, as well as our proven, innovative, cost-effective, and inherently safe technology. Through this, we can provide workers who are responsive, flexible, and reflect the “can do” attitude that we expect in everything that we do. Contact us at Hydro Tech whenever you have a need for antifouling service to remove any unwanted biological growth.